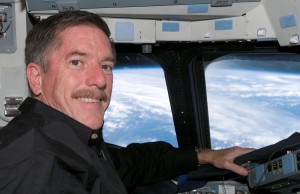 After receiving his bachelor of science degree in 1977, Reilly entered graduate school and was selected to participate as a research scientist specializing in stable isotope geochronology as part of the 1977-1978 scientific expedition to Marie Byrd Land, West Antarctica. In 1979, he accepted employment as an exploration geologist with Santa Fe Minerals Inc., in Dallas, Texas. From 1980 to the time he was selected for the astronaut program, Reilly was employed as an oil and gas exploration geologist for Enserch Exploration Inc., in Dallas, Texas, rising to the position of Chief Geologist of the Offshore Region. Concurrent with his duties as an exploration geologist, he was actively involved in the application of new imaging technology for industrial applications in deep water engineering projects and biological research. As part of this work, Reilly has spent approximately 22 days in deep submergence vehicles operated by Harbor Branch Oceanographic Institution and the U.S. Navy.

Selected by NASA in December 1994, Reilly reported to the Johnson Space Center in March 1995 and completed a year of training and evaluation qualifying for flight assignment as a mission specialist. Reilly flew on STS-89 in 1998, STS-104 in 2001, and STS-117 in 2007. He has logged over 850 hours in space, including five spacewalks totaling over 31 hours. He has worked both on the ISS and Mir space stations.. Concurrent with his crew assignment he served in support of program and mission teams for the  Astronaut Office as lead on Shuttle training, lead for Crew Interface development for ISS, Shuttle Avionics Integration Lab, Payloads and Procedures Operations lead for the Astronaut Office ISS Branch, and Crew Systems and Landing Operations lead for the Constellation Project team. 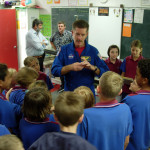 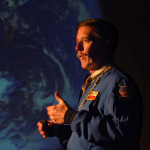 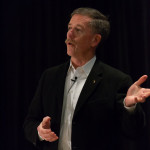 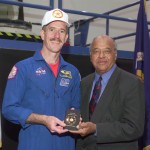 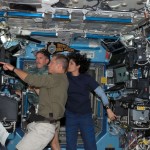 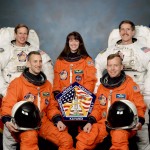 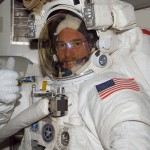 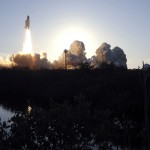 As an officer in the US Navy Reserve, he is qualified as a Naval Astronaut, Space Cadre expert, and Engineering Duty Officer.  He has served on the USS Eisenhower (CVN-69), USS George Philip (FFG-19), USS Oriole (MHC-55), and is currently assigned to the Navy Cyber Forces Command as a Space Operations Course developer and instructor. He holds Top Secret/SCI and program security clearances and works directly with all aspects of fleet operations related to space assets and techniques.

In December, 2009, Reilly joined American Public University System as the Dean of the School of Science and Technology where he managed 7 programs in Information Technology, Environmental Science, Mathematics, Science, Space Studies and Engineering. He currently serves as Associate Vice President and Dean of Science and Technology Development.  He is also an instructor with Delta Solutions and Strategies in Colorado Springs where he teaches Space Science and Operations courses as part of the USAF National Security Space Institute.

He currently resides in Colorado Springs with his wife Allison where they enjoy flying, hiking, camping, mountain climbing, skiing, fishing, and hunting.

James F. Reilly II
American Astronaut Dr. James Reilly II enjoyed a long career at NASA, where he logged 850 hours in space with 5 spacewalks on three Space Shuttle missions. Before his NASA experience, he spent 17 years in the petroleum sector as a manager and exploration geologist in Dallas, Texas. Dr. Reilly also serves as the curriculum developer and instructor for the US Navy in Space Operations working via the Advanced Space Operations School operated by the Air Force.